There are many different bats that fall into two groups:

Megabats include the flying-foxes and blossom bats which are fruit and nectar feeding animals. Microbats include the carnivorous Ghost bat and all the insectivorous bats.
Bats are the only mammal capable of sustained flight.

Bats are flying mammals. They are a highly mobile social and vital part in our complex woodland and forest ecosystem. Flying-foxes pollinate and disperse the seeds of native forests and microbats control insect pests. Our forests simply will not survive in their present form without flying-foxes. They are that important.
Although bats are protected by law, they are under crippling pressure from habitat loss, human interference and persecution. Two of the mainland species are federally threatened.

Bats carry rare diseases such as Hendra virus and Australian Bat Lyssavirus. Compared to many other species they have relatively few diseases. Very rarely Hendra virus is responsible for the deaths of horses and then sadly from horses to humans. It is unknown how horses get the virus. Hendra virus does not appear to be highly infectious amongst humans and does not spread easily.

The public should not be unduly concerned about bats but should treat them with respect as they would any other wild animal and enjoy having them in our environment. Health experts say there is no risk to being around bats as long as they are left alone and not touched.

We need to value, protect and co-exist with bats in our urban and rural environment.

An injured bat should never be picked up or touched by a member of the public.
Until scientific evidence is available about the route of transmission, horse owners need to take the necessary precautions to minimize contact between horses and bats.
You can do this by keeping food and water away from overhanging trees where bats may feed or roost, by fencing off fruiting or flowering trees which maybe attracting bats. Horse owners and veterinarians need to improve their biosecurity and infection control practices

Do not handle If you are scratched or bitten by a bat seek medical attention immediately. All bats, as are all native wildlife, are protected under the Territory Parks and Wildlife Conservation Act 2000. Thus it is illegal to trap, kill or harm them in any way.

Barbed wire is a major contributing factor in the injury and death of flying foxes in Darwin and rural areas.

Many fruit bats descend close to the ground when flying between food trees and sometimes this means manoeuvring over obstacles such as fences. Fruit bats do not use echo-location to find prey or obstacles. They rely solely on vision and do not recognise barbed wire for the danger it represents.

When a bat hits a strand of barbed wire the barbs tear into and stretch the wing membrane so that the bat can’t simply pull itself free.

Most bats panic and flap around wildly and become entangled further and cause much greater damage. They also damage their mouths biting the barbs.

Tying bright ribbons on the fence will deter the bats and the use of barbed wire should be avoided whenever possible.

Check the surrounding area for young if you find an injured or dead mother, as they are known to eject young in this situation.

Bats inside the house

Avoid handling. Microbats can sometimes find their way into a house. Typically they may be found during daylight hours in the fold of a curtain, in or behind a cupboard, or anywhere where they can curl up and hide. As nocturnal feeders they sleep during the day and are active at night.

The best approach is to leave the windows and doors open so they can escape of their own volition and without human interference just after sunset. Isolate the room from the rest of the house and from domestic pets or children.

Leave the internal lights off and turn on an exterior light if possible as this will attract insects and hopefully thus attract the ‘visitor’ outside to feed.

Sometimes it isn’t possible to leave the microbat where it is. Call a wildlife rescue service who can relocate the animal or take a small towel and scoop the microbat gently up into it then place the whole bundle into a pillow case.

The top of the pillow case needs to be securely tied off with a rubber band or piece of string. This can then be hung in a cool dark place, such as a wardrobe. A little before sunset the pillow case can be opened up outside and then hung by the base or pegged in a tree or on a railing to allow the microbat to escape.

Flying-foxes are important keystone species. They are ecologically important for their role as forest makers. As the only long distance pollinator and seed disperser, their job is critical for the future health of our Australian forests.

FACT – Eucalypts and Melaleucas produce the most nectar after 12 midnight to attract flying-foxes who then transfer pollen over much greater distances than any other pollinators. Pollen receptors then shut down before dawn indicating that our forests have a heavy reliance on flying-foxes for their pollination.

Humans can never replant trees as effectively as flying-foxes. One single flying-fox over its lifetime will disperse and pollinate countless numbers of trees to help regenerate Australian forests.

FACT – Flying-foxes are the major transporter of seed in our world heritage rainforests. It has been estimated that flying-foxes can disperse 60,000 seeds each night. Without them our forests diversity will decline.

Flying-foxes are economically important for the timber industry and some commercially grown food crops rely on bats for pollination. Bananas, cashews, Paw paws, Durian and others.

FACT – The diversity and economic importance of world heritage rainforests will be in jeopardy if flying-fox numbers continue to decline.

Given the choice, flying-foxes prefer the nectar and pollen of eucalypts, banksias and Melaleucas. As their foraging habitat disappears along the east coast, flying-foxes are forced to raid orchards. Climatic conditions are also having a major impact. In 2007 the young, weak and old perished and entire generations of bats starved to death due to drought.

FACT – Flying-foxes are in decline. They suffer huge mortality in heat events where temperatures climb up to and over 40 degrees Celsius. Bats are also dying in ever increasing numbers due to electrocutions, barbed-wire fences and backyard fruit tree netting.

Media about Hendra has people leaving bats to die for fear of disease. NO ONE is defending flying-foxes. How did the message to the public get so horribly WRONG! 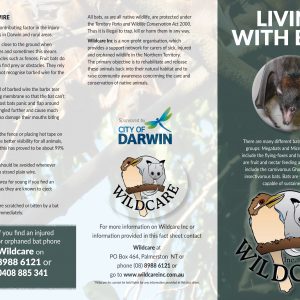 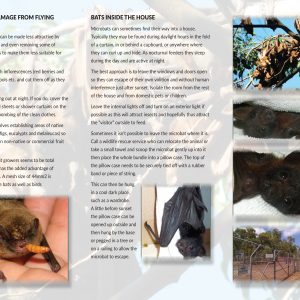